I.   DOT Restrictions on Hand-Held Mobile Telephone Use by Drivers of Commercial Motor Vehicles

The Federal Motor Carrier Safety Administration and the Pipeline and Hazardous Materials Safety Administration (collectively the “Agencies”) have now amended the Federal Motor Carrier Safety Regulations (“FMSCRs”) and the DOT’s Hazardous Materials Regulations (“HMRs”), respectively, to restrict the use of hand-held mobile telephones by drivers of commercial motor vehicles (“CMVs”).  The Agencies have also amended their regulations to implement new driver disqualification sanctions for drivers of CMVs who fail to comply with the Federal restriction and new driver disqualification sanctions for commercial driver’s license (“CDL”) holders who have multiple convictions for violating a State or local law or ordinance on motor vehicle traffic control that restricts the use of hand-held mobile telephones.  The amended regulations further confirm that motor carriers are prohibited from requiring or allowing their CMV drivers to use hand-held mobile telephones.

Drivers who violate the aforementioned hand-held mobile phone restriction will confront federal civil penalties of up to $2,750 for each offense and disqualification from operating a CMV for multiple offenses.  Furthermore, States will suspend a driver’s CDL after two (2) or more serious traffic violations.  Additionally, commercial truck and bus companies that permit their drivers to use hand-held cell phones while driving will face a maximum penalty of $11,000.

The Agencies have concluded that the rulemaking will improve safety on the nation’s highways by reducing the prevalence of distracted driving-related crashes, fatalities and injuries involving CMV drivers.  FMCSA research has indicated that use of a hand-held cell phone while driving requires a commercial driver to initiate several steps beyond what is required for using a hands-free mobile phone, such as searching and/or reaching for the mobile phone.  That research further confirms that commercial drivers reaching for a cell phone are three (3) times more likely to be involved in a crash or other safety critical event.  In this regard, it will be recalled that in September 2010, FMCSA had issued a regulation banning text messaging during the operation of a commercial truck or bus.  Moreover, PHMSA had promulgated a companion regulation in 2011 banning texting by hazardous materials drivers.

The new rule banning use of hand-held mobile phones by CMV drivers took effect on January 3, 2012.  Significantly, the rule was supported by the American Trucking Associations.

The Federal Motor Carrier Safety Regulations (“FMCSRs”) have now been amended to incorporate by reference the most recent edition of the Commercial Driver’s License Information System (“CDLIS”) State Procedures Manual, Release 5.2.0 published by the Association of Motor Vehicle Administrators, Inc.  Hence, FMCSA is now requiring all State licensing agencies to use this recent edition of the Manual to develop the process required to transmit, receive, record, and update information on a CDLIS driver record.  That information includes, but is not limited to:

A) the CDL holder’s physical description;

B) such individual’s commercial and non-commercial driving status;

Though the rule’s effective date was December 5, 2011, compliance therewith is not mandated until January 30, 2012.  The Manual outlines the standard administrative practices required of the 50 States and the District of Columbia when participating in the CDLIS.  Additionally, the 13 Canadian provinces and territories and the Mexican General Directorship of Federal Motor Carrier Transportation will also adopt the Release 5.2.0.

Release 5.2.0 addresses changes that were made as part of the modernization effort to make CDLIS more efficient in handling the increasing number of driver records and data transactions.  Among those changes are:

A) the addition to the driver history record exchanged via CDLIS of medical certificate information, driver self-certification of operating status, information regarding variances, and exemptions from medical requirements;

B) the creation of a new nationwide driver license restriction code of “V” to be used on the license document and CDLIS messages to ensure that law enforcement would ask the driver to provide variance information during a traffic stop;

C) the introduction of a new CDLIS message that will allow the FMCSA to quickly locate a driver’s State and license number after a crash; and

D) discussion of the rules and procedures for recording and transmitting the new medical certification data that is being added to CDLIS driver records.

FMCSA believes that uniform practices among the States can only be ensured by incorporating by reference the latest Manual (Release 5.2.0).

On February 1, 2010, the Department of transportation ("DOT") issued a Federal Register notice amending the Federal Motor Carrier Safety Regulations ("FMCSRs") to require that motor carriers operating commercial motor vehicles ("CMFs") designed or used to transport between 9 and 15 passengers (including the driver), in interstate commerce for direct compensation comply with the safety regulations regardless of the distance traveled.  See Safety Requirements for Operators of Small Passenger-Carrying Commercial Motor Vehicles Used in Interstate Commerce, 75 Fed. Reg. 4996-5002 (Feb. 1, 2010).  Specifically, this rule makes certain FMCSRs applicable to the operation of such vehicles when they are operated within a 75-air-mile radius (86.3 statute miles or 138.9 kilometers) from the driver's normal work-reporting location.  Motor carriers, drivers, and the vehicles operated by them wil be subject to the same safety requirements imposed upon such vehicles when they are operated beyond a 75-air-mile radius.  This action is requied by the Safe, Accountable, Flexible, Efficient Transportation Equity Act:  A Legacy for Users (SAFETEA-LU).

This alert summarizes the February 1 notice that requires motor carriers operating CMVs designed or used to transport between 9 and 15 passengers (including the driver) in interstate commerce for direct compensation comply with the regulations contained in 49 C.F.R. parts 390, 391, 392, 393, 395 and 396, regardless of the distance traveled.  This update should be used for summary purposes only and does not constitute legal advice.  Specific legal or regulatory question should be addressed by your counsel. 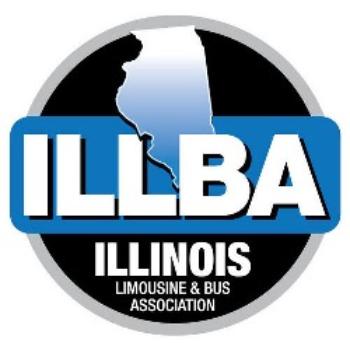 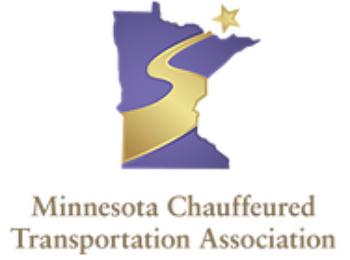